View all forthcoming events Past events

Markku Luolajan-Mikkola is one of the leading performers, educators, organisers and innovators on the Finnish early-music scene. He plays various viols and historical cellos and has been appearing in recitals and chamber ensembles since the 1990s. Thanks to him, the majority of the works in his repertoire ranging from the 16th century to the present day have received their first performance in Finland.

In the course of his career, Luolajan-Mikkola has already given over a thousand concerts in various parts of the world. In addition to his native Finland he can, in 2020, be heard in Germany, the UK, Spain, the Netherlands, the Czech Republic, Austria, Switzerland, Estonia and the United States.

In 2015–2017, Luolajan-Mikkola performed music by Marin Marais and Antoine Forqueray at five concerts in the Sibelius Academy’s prestigious Soiva Akatemia series. Last year saw the completion of a Peregrina†io tour project during which he performed Bach’s complete cello suites as well as his transcriptions for cello of the violin sonatas and partitas at each of Finland’s medieval stone churches. The Finnish Broadcasting Company (Yle) honoured him with its Musical Act of the Year award in 2003 for a series of concerts entitled Gambaa! focusing on French Baroque music.

The significance and future of historical instruments will not, Luolajan-Mikkola believes, be restricted to the performance of music by composers from ages past; they will also increase our understanding of our own era and revitalise the instruments’ expressive potential. The majority of the numerous works premiered by him are ones he has personally commissioned.

Markku Luolajan-Mikkola has an impressive discography: nearly 50 discs of solo and chamber works, many of them in world premiere recordings. They have won him a Finnish Janne Award, an Yle special honour prize and a Classical Emma (2007), and been singled out as Best Record of the Year by the leading Finnish daily Helsingin Sanomat. Luolajan-Mikkola is a founding member of the Phantasm viol concert that has garnered such major accolades as three Gramophone Awards (1996, 2004, 2017), a Diapason d’Or de l’année (2017), and Limelight Magazine’s Best Chamber Music CD (2015). Phantasm’s releases have also won numerous other distinctions, such as a Gramophone Editor’s Choice (five times), a BBC Music Magazine Record of the Month (three times), a Diapason d’Or (twice), a Gramophone Critic’s Choice, a Choc du Monde, a Presto Classical Editor’s Choice and Rondo magazine’s Record of the Month. Its recordings have also had some twenty or so nominations for major prizes.

In 2010, Markku Luolajan-Mikkola founded Finland’s leading early-music event – the BRQ Vantaa Festival (originally the Vantaa Music Festival) of which he is still Artistic Director. He has been teaching at the Sibelius Academy and other music colleges since 1976. From 2005 to 2015 he was an Honorary Member of the Senior Common Room during Phantasm’s residence at Magdalen College, Oxford.

Markku Luolajan-Mikkola graduated in modern cello from the Sibelius Academy in 1983 and earned postgraduate diplomas in both viola da gamba and Baroque cello at the Royal Conservatoire of The Hague in 1992. 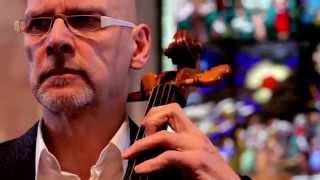 BACH: Grave from Violin Sonata No.2 on Baroque cello 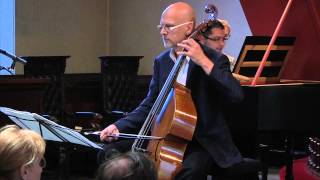 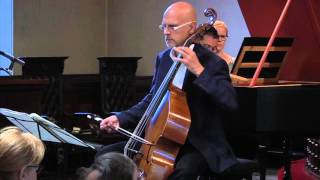 BACH: Sonata I in G major BWV 1027 for viola da gamba and harpsichord 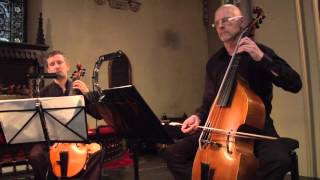 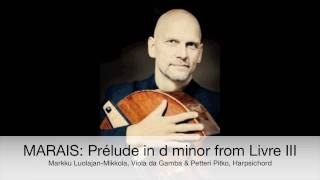 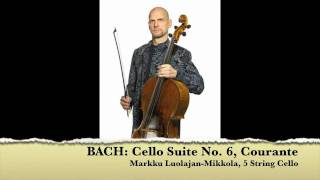 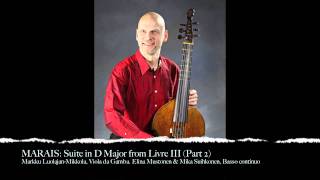 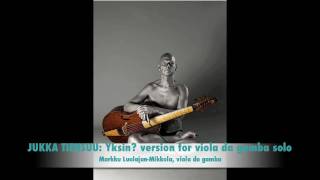 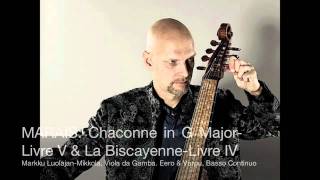 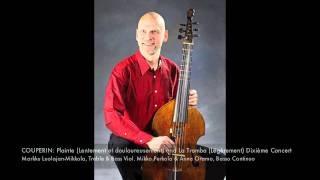 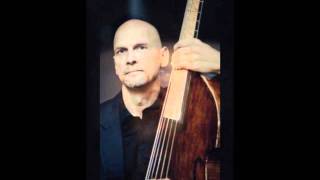 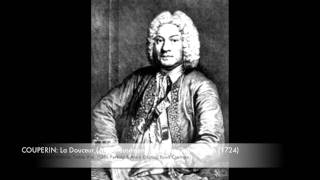 BACH: Grave from Violin Sonata No.2 on Baroque cello
Tap to play

BACH: Sonata I in G major BWV 1027 for viola da gamba and harpsichord
Tap to play

-'...carries off this technical tour de force with impressive strength and dexterity.' The Strad

-'...a delicious richness to the sound of the solo instrument.' Gramophone

-"As an introduction to Marais's art this is hard to fault - a real treat", Gramophone

"Here is to be heard a self-confident virtuosity which never over-estimates its own effect but is constantly working to put the beauty of the music centre-stage. [...] A fabulous interpretation which casts the best possible light on both Marais himself and on Luolajan-Mikkola." M. Hengelbrock, Klassik Heute

-"This was an experience I very much enjoyed from beginning to end", D. Warby, MusicWeb International

-"Luolajan-Mikkola has a light sound free of the growling sometimes heard on viol recordings - reestablishes a connection with the dance rhythms of these suites that many performers neglect", J. Manheim, AllMusic

-"The performances are outstanding and I left this disc in my cd player for 2 whole days after buying it and listened to it over and over" J. Hanford, Bach Org

-"A CD that should have an appeal for broad audiences", S. Eddins, All Music Review

-Emma Award for the best Classical music recording in Finland (2008)

-Janne Award from the Finnish National Group of IFPI (1995)

-Disc of the year by the Finnish newspaper Helsingin Sanomat (1996)

J.S. Bach: The Well-Tempered Consort I

Locke: For Lovers of Consort Music

(Note: Please, check the complete recording of the 72 cantatas from Telemann’s collection Harmonischer Gottes-Dienst, in the webpage of my ensemble--> http://barokk.no/bergen/)

“My pilgrimage does not follow an exact historical model but is done in the spirit of the old tradition of pilgrimages. During the Middle Ages, every church was a possible goal for a pilgrimage. My concert tour will reach the remaining 72 medieval churches of Finland, which are still in use and not in ruins. I am going to play at least one concert in each of them, reaching nearly 100 concerts. Pilgrimage is traditionally done by foot, but in my case, I will approach this long peregrination by playing all the solo violin and cello works by Johann Sebastian Bach.

The year 2015 marks the anniversary of 330 years since Bach was born, and Pope Franciscus has declared the year 2016 to be the year of an Extraordinary Jubilee and expressed a very strong point of view about pilgrimage: “Life is a peregrination, and the human being is a viator, a pilgrim, who is taking his path towards his goal.” The year 2017 is the anniversary of the Reformation. The Evangelical Lutheran Church of Finland has considered this concert tour to be part of its official program. The tour is funded by the Finnish Cultural Foundation.

The tradition of pilgrimage includes learning, recreation, spirituality, visiting holy places, and introspection. These are my aims during my three-year trip, and I am inviting the listeners of the concerts to walk by my side during this pilgrimage.”